Price
Call Us: 514-344-8888
Start Planning
Marrakech is a city of underground channels built by the architects from Cordoba, Spain to provide water for the town and Palmery. Our Marrakech Jewish Heritage Day Tour, Morocco is part of our custom-designed travel, offering all services from start to finish. We can plan your day tour, book hotels, arrange private guides, drivers, and more. Our expertise and specialized guides create a memorable journey. We’ve been there, we have our own stories to share, we share our knowledge.

Our expert guide will pick you up at your hotel. This tour is best accomplished on foot, walking through the city where old and new come together in a beautiful and tumultuous blend of sights, sounds, textures and tastes that will awaken the sense.

Explore the Jewish Cemetery Museum and Marrakech Jewish Cemetery. Learn stories of the Jewish Mellah and the Spice Souk. Visit the Beth-El Synagogue in the Ville Nouvelle of Gueliz, home of Maimonides and Maimonides Jewish Community Center. Glimpse the torah from 1492 brought by the Jews who were expelled from Spain. 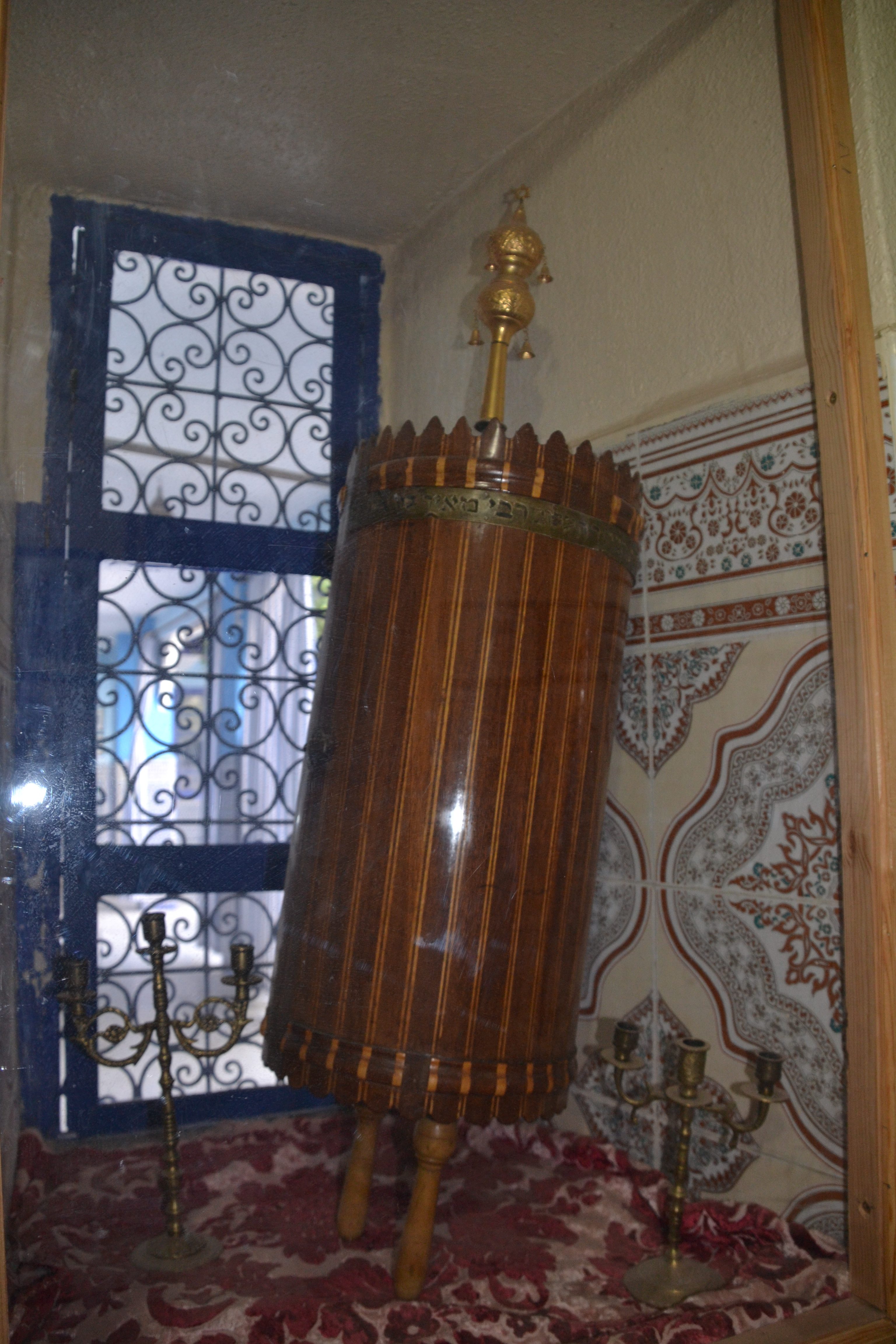 Explore Jewish Marrakech & Discover the Stories of the Jewish Mellah
►Visit the Jewish Mellah – Founded in 1558 by Moulay Abdallah, the Mellah district was designated as the Jewish quarter in Marrakech. At the time of the Spanish religious wars, Jewish refugees were escaping the country, and were offered this little piece of security by the Sultan.
►The Old Spice Market – The Rahba Kedima is a colorful market filled with a wide array of spices from Cumin, Cinnamon, Saffron, Dried Pepper and more.
►Visit the Lazama Synagogue in Marrakech, located in the old medina. The Lazama Synagogue dates back to the 16th century and is an important testament to Morocco’s deep Jewish history. This Quarter was created in the Kasbah area in 1558. Meet Kati Roumani, an anthropologist from London, works as a guide at the Lazama Synagogue.
►The Marrakech Jewish heritage day tours is about a community that enjoyed autonomy even though Jews weren’t allowed to own any property outside the Mellah. There are approximately 250 Jews still living in Marrakech, and most live outside the medina. The Mellah in the historic Marrakech medina is now almost completely Muslim. Visit Synagogue Beth-El in the Villa Nouvelle of Gueliz.
►Explore The Majorelle Gardens, previously the Jardin Bou Saf, bears its name from its original creator, Jacques Majorelle, the French expatriate artist who was born in Nancy France in 1886. Jacques Majorelle was the son of the celebrated Art Nouveau furniture designer Louis Majorelle. In 1947 he opened his gardens to the public and during this time also painted a magnificent ceiling space at La Mamounia, a five-star hotel with gardens and the place where Alfred Hitchcock wrote, “The Birds.” Jacques Majorelle studied at the École des Beaux-Arts in Nancy in 1901 and later in 1919 he went to Marrakech, Morocco to recover from heart problems. He built the garden during those years using special color of blue which he used extensively in the garden that is named after him, Majorelle Blue. Jacques Majorelle returned to France in 1962 after a car incident and died later that year of complications from his injuries. As a collector of unique plants from five continents Jacque Majorelle left to Saint Laurent one of the more unique collections of flore and fauna of this era as well as a place of inspiration and contemplation. Even though Morocco is no longer under the French protectorate, this originally French creation is one of the most beloved areas in Morocco.
►Next we will visit 12th century Koutouba Mosque and its influential minaret along with the Mausoleum of Lalla Zohra. Lalla Zohra was a former slave whose mythology is that she turned into a dove at night and performed miracles.
►The Koutoubia Mosque and Gardens– The largest mosque in Marrakech, Morocco. The minerat was completed under the reign of the Almohad Caliph Yaqub al- Mansur (1184-1199) and was used as the model for the Giarlda of Seville and for the Hassan Tower of Rabat.

►El Bahia Palace – The El Bahia Palace in Marrakech is a beautiful building and an excellent example of Eastern Architecture from the 19th century that represents trends and standards of the wealthy who lived at that time. It was built for Ahmed Ibn Moussa (or Ba Ahmed) between 1894 and 1900 in the Alawi style that was popular at the time. Craftsmen were brought from Fes to work on this monumental task which took approximately fifteen years to complete.

►The Saadian Tombs – The Saadian tombs in Marrakech date back from the time of the sultan Ahmad al-Mansur (1578-1603). The tombs were only recently discovered (in 1917) and were restored by the Beaux-arts service. The tombs have, because of the beauty of their decoration, been a major attraction for visitors of Marrakech. The mausoleum comprises the corpses of about sixty members of the Saadi Dynasty that originated in the valley of the Draa River

Your guide will help you navigate through the labyrinth like streets and alleys of Djemma El Fna Square.
This tour can be arranged as a full day tour while in Marrakech or as part of a tour of Morocco. Click this link to make an inquiry,
Call Us: 514-344-8888
Book This Tour
Start Planning
Price
Call Us: 514-344-8888
Availability

If you would like to speak to us before booking your tour,
feel free to give us a call.
We are happy to walk you through your travel plans
and secure your reservation over the phone.

Questions, request for information, simply drop us a note at info@eviactive.com or fill out the form on this page.

We would love to hear from you.
Drop us a line and we’ll get back to you soon.