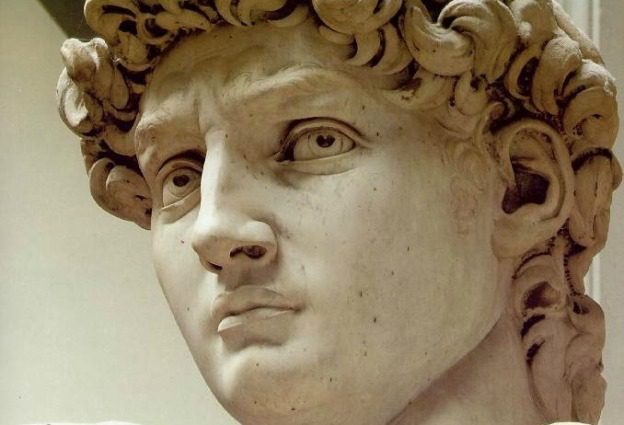 Florence’s Piazza della Signoria is a must stop for any renaissance aficionado. Most of the statues are of male nudes, and very well proportioned ones at that.

In the 15th century Renaissance sculptors studying the classical ideal found that freestanding nudes had been missing in Europe since the Roman Empire. Even though our own modern times seems to have an absence of free standing nudes, I haven’t seen a mass movement to erect new ones!

Anyway, the Renaissance sculptors decided that it was time to revive the nude statue, but in what they perceived as a realistic pose. The statues around Piazza della Signoria are posed and ready for action, looking to the side, twisting and turning their heads and shoulders in positions that could keep a physiotherapist busy for centuries. Renaissance artists had a penchant for creating something called contrapposto, a technique that figures in paintings and statues an overall dynamic and life-like appearance.

Here are 3 statues worth looking for when you’re in Florence.

Yes, its’ true. David in Piazza della Signoria is a copy, but a really good one. While it doesn’t replace the joy of seeing the master perfection of MIchelangelo Buonarroti’s work, it does offer great insight into the Renaissance ideals and the realism depicted in facial expressions and muscular definition.

The real one can be found in the Accademia. David stands guard to the left of the entrance to Palazzo Vecchio. In Florence. He represents the Biblical hero who defeated a much stronger enemy and came to represent the defense of civil liberties against the threats from more powerful rival states. Art historians have noted how David’s brow is drawn, his neck tense and the veins on his right hand bulge, a sign that he is focused and ready for action. This statue of David is a depiction of him before he goes to slay the giant Goliath. It is the intensity of his gaze and the tense readiness that creates a new view of an old biblical story.

To the right of David is the statue of Hercules completed by Baccio Bandinelli in 1533. The muscular demi-god is pulling the hair of Cacus, who will be clubbed and strangled when Hercules’ attention is no longer diverted by someone passing by the right. You can see the eyes of Cacus have already started to bulge, the thick lips might as well quiver and all in all he is presented in a very ignoble position.

Neptune surrounded by nymphs and satyrs

At the corner of the building other male nudes have settled in and around a fountain. The Fountain of Neptune by Bartolomeo Ammannati was designed to illustrate Florentine dominion over the sea and is symbolized by the chained sea monsters around and between the legs of the god. The fountain was finished in 1575, and filled with water from an ingenious aqueduct made especially to carry water from the source of Ginevra over a bridge crossing the river Arno and to the fountain. The public unimpressed and used the fountain as a washstand.

Things to do in Florence Italy