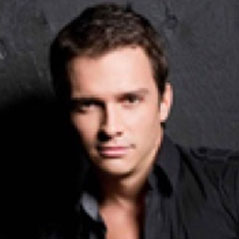 Danny brings 25 years of experience as a highly accomplished ballroom dancer and international dancesport competitor. In both 2004 and 2005 he won the prestigious “Latin Amateur Canadian Dancesport Championship” and was the Canadian representative at the World Championships in Germany and the Czech Republic. In 2008, Danny was one of the top 10 finalists on “So You Think You Can Dance Canada.” Since 2008, he has been competing as a pro Latin dancer.Known as well for his teaching and his choreography, Danny has and continues to choreographd for So You Think You Can Dance Canada, the film “Funky Town” and CBC’s “Les Dieu de la Danse.” He is certified by the Canadian DanceSport Federation in Latin, Standard, Rhythm, and Smooth. Danny is the co owner and founder of Studio Danza, where he brings a unique mixture of technique, dedication, and fun to his teaching.